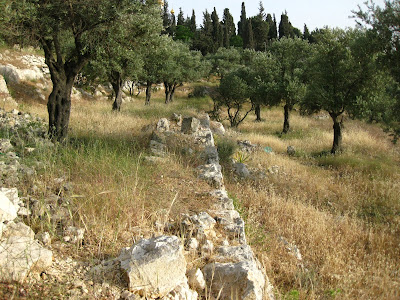 I am currently writing a book for returned missionaries. One of the chapters in that book is called "How do I make the atonement the center of my life?" Every time I begin thinking about what I am going to write, I am brought back to the many Sabbath afternoons I spent in Gethsemane.
I lived in Jerusalem in the BYU Jerusalem Center for Near Eastern Studies for about 4 months. This spectacular building is located on the northern end of the Mount of Olives. It overlooks the Kidron Valley and Mount Moriah where the Old City of Jerusalem stands.

Some argue that it is the best view of the city from anywhere and it is a good argument considering the hordes of tourists and local visitors who come for this view of the city. Living there was something that very very few people will ever experience. Almost every morning I would wake up before sunrise and go to the spot where President Hinckley was filmed for the first scene of "Special Witnesses of Jesus Christ" (the very spot...on the eighth floor balcony). 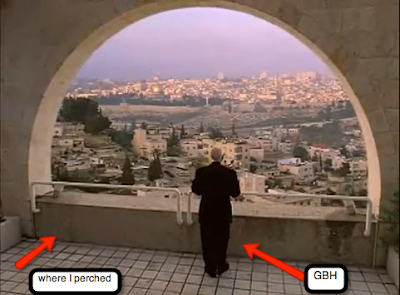 Here is a video to show you. (see 0:48 of the video for the exact spot) I would pray and read and write and just think as I did many time lapse videos of the sun coming up on this ancient city of God. That alone was worth the $10,000 price tag for this program. It became my sanctuary and I had some of the most powerful prayers of my life in that spot in the wee hours of the Judean mornings.
The Center was located on the North end of the Mount of Olives, so it was quite close to a garden very special to the hearts of all who call themselves Christians. The Garden of All Gardens - Gethsemane.
While we were there we had the chance to participate in service. One of the things we got to do was clean up the Orson Hyde Memorial Park. This park is also on the Mount of Olives. It was the path the led down to the Garden of Gethsemane. We all got bags and gloves and went to work. There were over 80 people there so the work went fast. I began to move to the bottom of the path closer to the opening to Gethsemane. We finished the whole thing within a matter of about an hour. Students started turning in their gloves and going back to the Center. I was at the bottom of the trail at the opening to where the park converged with Gethsemane. I then remembered that every time we walked past the Garden, there was so much trash. I saw that we had tons of bags left and I still had my gloves on. I asked one of our leaders if it would be okay if we just went over and started picking up trash. They were a little hesitant because it was property which we had no permission to clean. (You may think this sounds funny, but in Jerusalem people get in fights over who can sweep where - Just google "broom wars in the Church of the HS" and you'll get a laugh).
So our leader hesitantly gave us permission to start cleaning. When we got there, I realized there was so much more garbage than I had seen while walking by. In fact, there was garbage everywhere. It was hidden. Beer cans and bottles under bushes that were grown over. Half-buried old t-shirts and lots of plastic. We even found a tire buried in the ground. Some of the things had to have been there for years - even decades. So we picked up all the garbage we could find whether it was left there years ago or just thrown in there the day before. There was a prickly bush that had a lot of trash underneath. At first I was just going to leave it there because I didn't want to risk getting pierced by the thorns of the plant. But I looked at how much was under it and so I decided to reach in and start collecting the garbage. I rummaged soda cans and clothes and rusty old bottles and more plastic. In the end I did get a little bloody because of the prickles, but the trash hidden under the bush was removed.
It is hard not to think of symbolism when you are in places like Jerusalem, especially when you are in the Garden of Gethsemane. I just began thinking of all the garbage that the Savior found in that same Garden. He got there and realized that there was much MUCH more than He had ever imagined and doubted that He would be able to clean it all up. When he realized the amount of trash He was dealing with, He "began to be sore amazed" or in the Greek "atonished, awestruck". He was dealing with every type of garbage from everyone, every where from every time. I am so grateful that He went to that Garden and cleaned up the garbage. He has cleaned up so much of my garbage. Some garbage had been there for years and was rotting. Some garbage that was just thrown in yesterday. He picks it all up. No matter when it is from or what it is. He doesn't just choose the easy stuff. He digs deep. He cleanses what C.S. Lewis calls "the central self" - the sum of all the decisions we have made.
I am grateful for that experience in the Garden of Gethsemane. I am glad I got to pick up garbage in that Garden. How many people have ever been able to pick up garbage from that place? Maybe it wasn't a very big deal to some, but to one who loves symbolism, it was nothing short of a direct tender mercy. I thought about that experience every time I took the sacrament in that celestial auditorium that looks out over the Old City. It will give me a visual that I can look back on for the rest of my life as I consider "the central act of all human history". 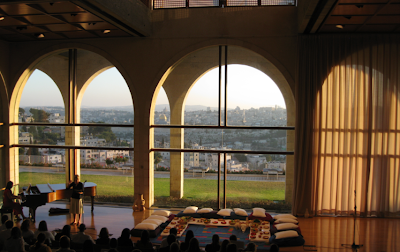 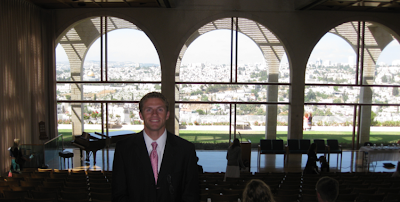 I am grateful that my garbage was picked up in that Garden and that even as I continue to throw it in, He will be there to clean up my trash.
"Come now and let us reason together,
saith the LORD: though your sins be as
scarlet, they shall be as white as snow;
though they be red like crimson, they
shall be as wool."
(Isaiah 1:18) 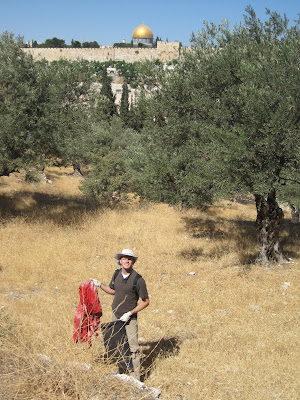